Hot Buttons for Being Humorous: What Can Be Acceptable and What Can't

As someone who tries, not often successfully, to write funny pieces, I developed some guidelines as to what can pass for being funny, and what can't.

Topical humor can be funny; but only if the humorist and the readers and listeners have the appropriate background in common.  For example, Mr. Hennessey and L'il Abner, written in different eras from the present, seems at times to be incomprehensible.  In fact, both were understood as very satiric in their time.  It's like topical humor needs a "perishable" or "use by" stamp on it.

A similar problem exists when "in" jokes are used in a forum that calls for a general audience.  Most people don't get it.  While in some cases this is done intentionally (David Letterman, maybe?), it's more often the result of a miscalculation.  Discover what your audience or readers know, and what they do not know.

Political humor and religious humor can have the occasion to be too pointed and alienating.  Hopefully, one result of trying to be funny is so that others may have a good time, and to be more sympathetic to other humans.  Demonizing or strongly ridiculing others is cheap and tawdry.  The user of political or religious humor needs to be cautious and selective.  And with a certain amount of charity, as well.

Racial or ethnic humor is even more so open to problems.  Nobody likes to be shamed; so watch the nature of the jokes, and refrain from using offensive terminology.  For example, using the "N" word.  (Well, it does serve a purpose: the user self-designates herself or himself as an insensitive, bigoted lout.)

Sex-related humor can pose some problems.  Certainly there should be more latitude in comedy clubs, where the audience is more self-selected and homogeneous with respect to taste and expectations.  In settings such as on the internet we need to be sensitive to the nature of possible views: they can be of both sexes, varying ages, and varying degrees of understanding.

It's not possible to obtain 100% offense-free humor; but a good rule of thumb as that if it doesn't bother 80% to 90% of people, it's probably okay.

Women and humor present a special case: both as jokesters and as audience members.  In this, every woman should find her own humor comfort zone.  In my case, I might try to be funny about my niñas but keep the sex out of my blog.  Again, it's the 80% rule that applies here.  This is not to say that other women should not be more explicit: it's whatever they can be comfortable with and what the audience will bear.

There is one thing to remember: Stand-up comedy sometimes has critical, unpleasant audience members.  It's not for the thin-skinned.  Writing funny things instead of stand-up is less stressful.  Although I have gotten negative comments, it's easier to shrug them off.  It must be extremely hard to be hooted off of a stage, though.  Maybe no one would do it if I wear a cute outfit and hold a toy bunny! 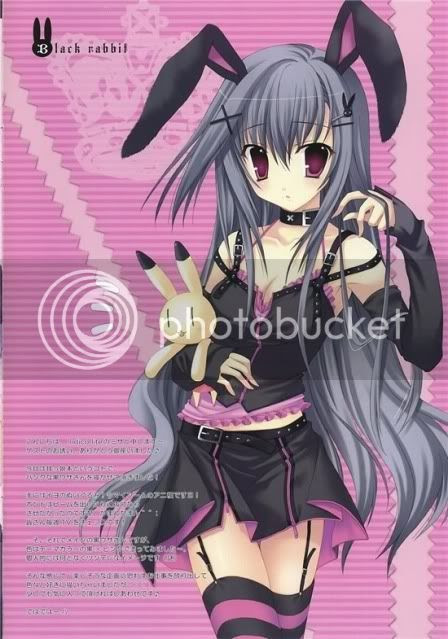 The hot outfit and the bunny would do it!

Al Capp had such funny comic strips and developed great satirical ones: Jubilation T. Cornpone, Moonbeam McSwine Joanie Phonie, Earthquake McGoon, the lot! He was funny in his tme.

The cute outfit would give laughs in itself.

I, fopr one, enjoy what you write and find it funny.

Sorry for the typo. I meant "for," obviously.

If you wore an outfit like that and carried a cute bunny you would be hooted ON to the stage.

I used to be a sit-down comic. It's like a stand-up comic, except the audience keeps yelling "sit down!"

I think it's almost impossible to do any kind of comedy that isn't going to offend someone on some level. You can't really worry about it because you'll end censoring yourself too much.

To those that object, I could say, "Fuck 'em if they can't take a joke!"

Duckbutt -- I do like his humor, what I can understand.

Anon -- I hope it would at least cause smiles.

Bilbo -- That was a great line! I'll bet you could handle an audience.

Alonzo Bodden said, "There are no offensive jokes; just jokes that aren't funny."
Write what's funny to you or it will never be funny to anyone else. Don't restrict yourself with rules. You don't have to try to publish everything, so not everything you write has to "publishable." (I put that in quotes because there are niche markets and journals for almost everything you can think of.) And inside some of those stories you think are unpublishable is gold that just needs to be polished.
One of English profs used to say write everything and then find the story inside. I forget which artist it was who said something like: You see a block of marble. I see a horse and I chip away the paets that aren't a horse. Write EVERYTHING! Trust me; there's a horse in there.
And where do you think Chris Rock, Roseanne Barr, Eddie Murphy, and Whoopi Goldberg (Wow! That just showed my age) would be if they weren't able to make offensive funny. There's no offensive jokes; just jokes that aren't funny. Don't hold back!