Here's a festive hair style for that ultimate in retro look! The mid-1960's beehive. Imagine wearing that one to teach in; or to wear to an academic department meeting! Living on the edge? Here's one for Sunday School.

I'll bet that would look absolutely fine on Rodeo Drive or Fifth Avenue!

But I'll pass. The Bardot twist was too high maintenance for me. This one also looks like hard work. Will the mussed up look ever pass? 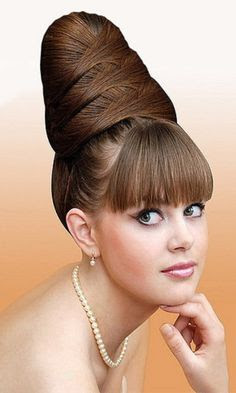 What to Worry About Next?

What to worry about next?

It would seem that the coronavirus, the usual stupidity in Washington, and the hijinks occurring in Baton Rouge (and several state capitals near you!), there would be enough on the fearmongers' plates. Well, you could toss in the two major political parties to serve as sources of amusement and network television.

But no: there's more!

It seems that Orleanians Hilda Walspurgis and Anna Pacquin are stormily indignant over another peril to threaten the peace of proper New Orleans* citizens.

It seems that we now have to worry about 5G!

It seems that 5G is the latest development in cellular microwave transmissions. Clearly the next level over 4G, and light years better than 3G.

(Our state of finances could always use a few G's in the ole bank account.)

Some people always have to have something to fear. I suppose the boogerman looks under the bed each night to see if Chuck Norris is there!,

Anyway, they went around St. Cletus's Parish neighborhood with a petition to stop 5G.
Their technique to obtain names was two-pronged, using both the carrot and the stick approach. Anna wore some serious décollété (the carrot, maybe?), and Hilda served up the stick with her doomsday threats.

But, mostly, they got a lot of signatures against 5G so that people would get off their backs. Damned nuisance petition-mongers!

*Pronunciation note: Most natives call it 'New Orlins' in most of the city. Pretentious Uptowners and lousy songwriters say 'New Or-leenz.' Only idiots and sarcastic Yankees call it 'Nawlins.' For true! Darlin, it gets further complicated. New Orlins is in 'Orleenz Parish. So much for consistency being the hobgoblin for small minds.
Posted by eViL pOp TaRt at 4:31 PM 3 comments:

The Prophetess and Crazy Chester Meet the Fifth Horseman

Well, peeps, you've heard of the Four Horsemen of the Apocalypse: they are commonly reckoned as War, Famine, Pestilence, and Death. Now it happened that Madeline the Prophetess and Crazy Chester ran into a fifth one: Rude Mannered Turistas.

Running into strange sorts is commonplace if you're down in New Orleans's French Quarter in the wee hours of the morning, especially away from the Tourists. New Orleans has always been tolerant of weirdness. Drunks, mischievous youths, and Turistas sporting berets for the duration we can deal with. However, Madeline and Chester ran into a new twist.

It happened innocently enough. Chester and Madeline were talking; just commenting on trivia (both were good at wasting-time talk. And they were talking in the language of Descartes and Pascal.

Oops! Maybe Justin Wilson and Dave Robichaux. Yes, they were using a dialect of French and Louisiana Creole mixture. To be candid, the French as spoken in New Orleans's French Quarter would cause the hoity-toity Parisian to shudder! (They're linguistic purists there.)

And, without any preamble, this loud and brassy middle-aged women approached them and bawled them out:

"This is the United States. Talk English!"

So Crazy Chester goes to Madeline, "The United States? When did this happen?"

"And Madeline replies, "I dunno. Missed that item now that the Picyaune is no longer around." She was alluding to the fact that the T-P was bought out by a Baton Rouge paper (Good Lord!). And everyone knows that there be monsters upriver, on the other side of the Bonnet Carre Spillway, and no one should risk his immortal soul by venturing there.

The rude-mannered visitor decided that those two were psycho. 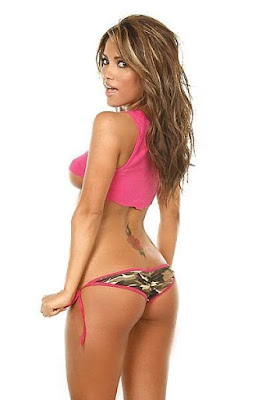 Thanking the Saints in the Times-Picyaune

The old Times-Picyaune had a delightful quirk that definitely made it part of the scene in Old and Present-Day New Orleans: thanking the saints in the personals section of the classified ads in the T-P.

No, not the New Orleans Saints football team; the heavenly saintly numbers like in "When the Saints Come Marching In!"

Yes, in the personals you can see the usual:

I am applying for clemency.

I am responsible for no other debts than my own.

I am applying for a license as notary public.

In other words, the usual sort of business that personals ads carry.

But, for many years, the  old Times-Picyaune would also have these peculiar saints ads:

Thanks to the Little Flower for hearing my prayers.

Thanks to St. Jude for favor granted.

Thanks to St. Aloysius for the Saints winning.

Thanks to St. Anthony for answering my prayers.

Apparently, whatever be the questionable merits of the New York Times or the Washington Post, apparently the Times-Picyaune was celestially home-delivered and had a saintly following.

A Unit of Male Coolness

Background
Previously, a unit of feminine beauty, the millihelen, has already been proposed.  This useful concept, based on the conceit that because Helen of Troy was rumored to cause the launching of a thousand ships, you could express the degree of feminine beauty in terms of how many ships a given female would she cause to be launched.  For example, if Heidi Klum inspired the sailors of 44 ships to go out, she would warrant a rating of 44 millihelens.  And Britney Spears would draw the exertions of ten ships, gaining her 10 millihelens.
Guys, of course, are not required to be beautiful.  As a matter of fact, evolutionary psychologists have proposed the women choose potential mates on the basis of being a good provider, having higher status, liking children (and pets), being ambitious and industrious, being dependable, having athletic process, and  having good health.  Less emphasis is placed on physical attractiveness, except as a possible index of good health (Buss, 2004).  However, many of those important traits may be summarized in terms of how cool the guy manages to be (or dissemble).
The Concept
I am indebted to the movie, The Tao of Steve, for this idea.  In that movie, the male protagonist noted that really, really cool guys tended to be named Steve.  For example, the actor Steve McQueen, still charismatic in the reruns of The Magnificant Seven, The Getaway, and Bullitt, and the Hawaiian detective character Steve McGarett of the oldie Hawaii Five-o.  Does coolness devolve to Steveness?  Perhaps so; therefore, if we could express how cool a guy is in terms of how much Steveness he has, we'd have a workable measure.
Therefore, I propose the unit of measure, the millisteve.  A man (or boy) measuring one millisteve has one/thousandth the degree of coolness of Steve McQueen.
Some Examples
My extra X-chromosome entitles me to an opinion on this, okay?
*Grossly overrated.

And Now, Something for the Guys:
Implications for Males
Once you all get this point in mind, you guys can score a winning impression and possibly score in other ways, too.  [Swear now that you will use this information for good only!]  I'll admit, women and girls are confusing for males who are inclined only toward the black-and-white obvious and unable to get subtleties.  After all, how good are they at getting hints?  And, they're well-known to be disposed to like action movies or the Three Stooges.
Here's the essence.  Just ask yourself, What Would Steve Do?  (WWSD!)  And do the same.
Yes.  Be Steve.
Buss, D. M.  (2004).  Evolutionary Psychology, 2nd ed.  Boston: Allyn and Bacon.
Posted by eViL pOp TaRt at 7:42 PM 4 comments:

Earl K. Long, one of the Governors of Louisiana, was elected to three nonconsecutive terms as Governor in the period of time between the late 1939s to 1960. As a matter of fact, he died while running for the U.S. Senate. He was flamboyant, to say the least! He was a progressive, 1950's-style in the South. He even had a lady friend who was a mainstay on Bourbon Street and was tucked away for a time in one of the state's mental hospitals. He got out by firing the Superintendent.

His older brother was Huey Long.

He had been referred to as "The Last of the Red-Hot Papas."
He was the subject of this rockabilly song by Jay Chevalier:

Another Session of EN 455, Victorian Poetry

Another session of EN 455, Victorian Poetry:Dr. Smathers (Visiting Professor from the United Kingdom): Today we will discuss a poem by one of the most beloved of Victorian poets: "Pippa Passes," by Robert Browning. Can any of you scholars give us some insights into the poem, its theme and message?Mike Brown (a member of the football team): Uh, it's about this chick named Pippa; and she's got a very gifted arm. She's a triple threat, as she can execute the option three ways, and passes accurately for 50 yards!. Because of that, she's the first girl to make the varsity, and may eventually be a pro prospect.Belinda Cortez (a pre-med major): You would make a lewd interpretation on that poem.  Actually, it's a poem about the success of her eliminative processes.Mike Brown:  That's a very alimentary conclusion.

Dr. Smathers: Now, Ms. Cortez, I think that you might have missed the optimistic message: God's in His heaven/All's right with the world!  How does that fit in?Belinda Cortez: She had a successful movement; and she has afterwards that satisfied feeling. My boyfriend and my dog both always feel better when they have successfully pottied.Mike Brown: No, she completed a pass for a touchdown!
Tom Wilson: Touchdown is the clown in As You Like It.Dr. Smathers: No, the poem is about a young, silk-winding girl who wandes innocently through the region of Asolo, kindness and virtue to the people she passes. As she sings her song she influences others to act for the good — or, at the least, reminds them of the existence of a moral order. Dewayne Fontenot: %$%+$$!-oh?
Clarissa Tyler: She was also known for her ass.Dr. Smathers: I don't recall any beast of burden mentioned in Robert Browning's poem.
Kate Thomas: No, silly. Pippa's the sister of the model who married Prince William!  She has a Kardashian bum.Dr. Smathers: Kardashian bum? Would you please clarify for the class that term you used . . . . I don't think you were referring to a vagrant?
Kate Thomas: You know, Kim Kardashian. She has a lot of junk in her trunk.Later on, Dr. Smathers went into the English Department office.The Secretary: Smathers, how did it go?Dr. Smathers: Oh, they talked, for a change. But I got more than I bargained for.  I'm not au courant on modern slang.  Somehow the class wound up talking about debris in the boot of a Ms. Kardashian's auto.The Secretary: Never end a sentence with a preposition.  One day you will learn to understand us Americans.
Posted by eViL pOp TaRt at 7:39 PM 6 comments: