Okay, while I realize that the likelihood of my getting chosen as one of the lovlies in The Girls of the Atlantic Coast Conference Swimsuit Calendar is equivalent to a snow event in Hell, I'm slightly OCD, and I tend to overprepare for eventualities. Hence, this set of talking points in case I ever get asked to pose for Playboy or some other fine magazine:

2. Sideboob or underboobs shots okay, but no aureolas.

4. No poses with Justin Bieber or Carrot Top.

5. Any décollété poses should include my wearing a small gold crucifix.  I am religious, you know.
6.  No product placements in the photos, other than Reese's Cups, which are divine.

[I got the general idea for this from a chapter in Olivia Munn's book, Suck It, Wonder Woman.] 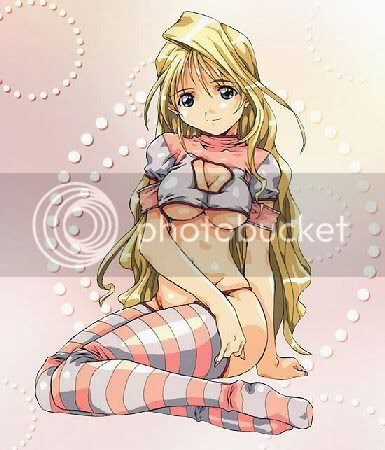 Don't LOOK at anything in a physics lab.

Don't TASTE anything in a chemistry lab.


Don't SMELL anything in a biology lab.


Don't TOUCH anything in a medical lab.

Don't LISTEN to anything in a philosophy department.
Posted by eViL pOp TaRt at 7:42 PM 1 comment: Links to this post

The start of this pleasant custom was first recounted by the poet Finn McCool, who wrote that Erin, the youngest daughter of the Warrior Bard Eamon, was the first to mark its observance in this fashion.  And it was with the highest sort of permission, I must add.  It was in the Days of the Troubles.  At that time, the Good St. Patrick (Patron of Ireland) revisited the Emerald Isle to see that no snakes had re-infiltrated into the land.  They didn't; but a different kind of pestilence had visited the sons and daughters of the Hibernian race: t'was the English now.  They were bearing bad food, Protestantism, a language oppressive to the ears, and most vile beer to beset that unfortunate land!  Patrick was tired and sad at the state of things and the sorrows of Ireland; and he called at a humble cottage wherein dwelt Erin, who was at that time making porridge.  Patrick asked for water, and perhaps, if she could spare some, soda bread.  And Erin gave him fine water, and delicious soda bread and some nourishing Irish stew.  She also gave him a tasty pretzel and a bottle of Guinness.

Patrick inquired as to the porridge, and she said, "Oh, this is for God's Little People; they must eat also.  "This impressed Patrick, who was reassured that the Irish were still true to the old traditions.  And he told Erin, "Tonight 'tis the Rising of the Moon." Erin understood, and she later informed her father Eamon.  The good St. Patrick assured Our Heroine that one day Ireland will be free of the English overlords.  And as a token he permitted all Irish women to forgo wearing brassieres on March 17th.  That is why they say, "Erin Go Braless."

'Tis a fine tradition: approved by a Saint. 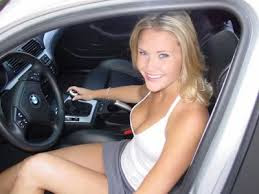 Posted by eViL pOp TaRt at 9:50 AM 7 comments: Links to this post

Do Guys Really See Shoes as Hot or Sexy?

I read an article from Cosmo written in this breathless, Cosmo-like style:

Sex up any outfit with a pair of male-approved kicks. We guarantee every guy in the room will be imagining what you look like with nothing on but these shoes.

Black Zipper Open-Toe Booties
"The girl who wears these has a lot of attitude...and maybe some whips and handcuffs in the bedroom." —Aaron, 32

These are dominatrix-ish, but without being scary and intimidating." —Greg, 32

Allow me a little skepticism.  Do guys really pay that much attention to shoes?

I could parade myself in front of guys, wearing these floridly-described shoes and simple canvas shoes, or maybe penny loafers.  They rate me as to sexiness.

Likewise, get some other women to serve as models.

Does wearing the kinky shoes increase our Hot Quotients (H.Q.) or sexiness?

Since I was lazy, I simply asked my guy friend Dee-Doh (his nickname) what he thought.  He was candid.

He said he didn't notice what I or any other chick was wearing on our feet.  Leg or boob exposure, yes.  And, by all means, a little buttocks décolletage.  If one is daring, go braless.

But shoes?  Only guys with shoe fetishes.

Thank you, Dee-Doh!  Wearing heels in order to appear hot or sexy is a lot of trouble I'd rather not bother with. 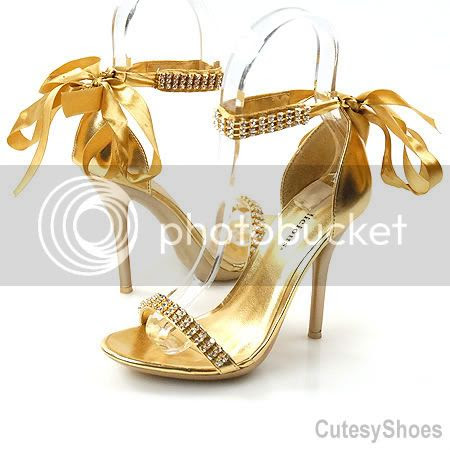 Posted by eViL pOp TaRt at 8:04 AM 3 comments: Links to this post

I lived in New Orleans, and my mother and my aunt really got into the Carnival season with a vengance, with nightly attending parades, knowing where the best spots were, dressing in costume, collecting throws and doubloons, and occasionally going to a Carnival ball.

Mardi Gras day was, of course, the main event.  Each of us would go in costume; but Mom was not content with buying on renting them: as part of her pleasure she handmade each one, whether you wanted to go as a haunt, as a nurse, a pirate, or whatever was the fancy of the time and age.  She was a good sport, and she was sure to be thoroughly in the Carnival Spirit.

Several years ago, when asked in December about my Mardi Gras costume, I said that I would like to go as the anime girl Lum.  She inquired into it, and learned that Lum had little horns, dark green hair, and wore a tigerskin bikini and boots.  I thought that she would balk, or come up with a pale version, but my Mom totally amazed me.

Yes, she found the right shade of dye. It entailed dyeing blonde hair green.  As for the costume, she found faux tiger skin material and fashioned it into knee-length boots and a string bikini!  I must say that she put a lot of effort and imagination into it, and pulled it off nicely, even with the hidden little hooks underneath the panty strings.  I'm really grateful to her for satisfying my whim, but it gave me something to get used to!

In effect, she was giving a permission to go very daring, possibly even a little more than I was.  Now bad for a strict Catholic woman; but she likes her Mardi Gras!  She will always epitomize the Spirit of Mardi Gras, and was a great Mommy.

There was one hurdle: the visit to Maw-Maw's before we go to the parades.  This is a family tradition: because she was aged, our grandmother (Mom's mother) could not participate more actively; however, she enjoyed seeing the costumes and toasting us with champagne for Mardi Gras.  Cousins, aunts, uncles, beaux, and others would also be there for the occasion.

Both Mom and I worried about Maw-Maw's reaction: was it too daring?  Were we in for a scolding.  Not a worry: she pronounced it as charming and wished us all a merry time and expressed a wish that she was able to go also.

Mardi Gras was beautiful that year!  Even though only three strings being tied kept me decent, I am pleased to report that I went the entire day, even to the last hour, with no wardrobe malfunctions.  Thanks. Mommy! According to Fitness magazine, 2,400 women were asked if they would sacrifice a full year of sex to be skinny -- and 51 percent said yes.

Other findings: 43 percent of the women in the study reported that they have skipped meals regularly to lose weight, 39 percent have taken diet pills, and 40 percent began dieting either in high school or in middle school.

On "The Early Show on Saturday Morning," Dr. Jennifer Hartstein, a psychologist, remarked that the survey "really says a lot about (women's) body image. She also noted that another study said 61 percent of women are thinking about what their body looks like while they're having sex!

Now, that's being distracted!  Guys need to learn about that G-spot, or discover the joys of foreplay, or something.

I guess we do have issues regarding appearance and worry about being thin.

On the other hand, let's look critically at these stats.

What percentage of women do not have an available sexual partner, effectively giving up nothing by refraining from sex for a year?  While it's easier for a woman to find an all-too-willing male, finding a quality one is another matter.

Then there's those who don't really enjoy coupling that much.  No loss for them.

But here's something else: refraining from sex for a limited time, if it offers a prospect of increasing one's attractiveness and ths value as a prospective mate, it might be simply viewed as a logical investment.  After all, women spend lots of time exercising, dieting, counting calories, and doing general maintenance on their bods.  This might be a short-term deprivation chosen for the prospect of future rewards.

And any Arkansas lawyer or politician might raise some red herrings as to what constitutes sex.  Did the readers of the question assume it to mean sexual intercourse only?  Would they also have to give up oral sex, or self-pleasuring?  The article is unclear as to how specific this denial of sex for a year is to be.

As for concerns about bodily appearance while having sex, remember this: most often (except in Massachuetts) people engage in sex while nude.  Or nekkid, if you prefer.  Therefore, there's maximal exposure.  Also, a lesson from evolutionary psychology: males tend to respond very strongly to cues that a woman is more sexually desirable if she appears youthful, slim, and with hyperfeminine features.  In short, there is a natural selection substratum going on here.  You can't entirely disregard biology.  More news from evolutionary psychology:  women have been subject to evolutionary pressures to be more seelctive with regard to sex; after all, we have to bear the costs of pregnancy!

Finally, I would be a bit more convinced if the deal involved giving up sex permanently in order to be slim. Now, that's more draconian!

Or, to be blunt, to give up chocolate forever in order to be slim.  Now that's scary!