Yankee Poo made the news for the past two months.

No, this isn't a character from The Mikado; this refers to a a trainload of human waste shipped from New York City to its final destination in Adamsville, Alabama. However, due to an injunction, this malodorous shipment was stuck in the little town of Parrish, Alabama in Walker County instead of reaching the intended waste disposal site. in Adamsville.

For weeks! And the quality of life in Parrish declined. Frankly, the train stunk to high heaven and caused the town to do so as well. People could not sit on their porches. The smell permeated their homes, and outdoor sports could not be enjoyed. Frankly, the odor probably affected indoor sports as well!

And the magnitude of malodor was too great for ordinary processes of sensory adaptation to take place.

As William Shakespeare would have said, "There is something rotten in Walker County!"

Seriously, part of the problem was that Parrish did not have zoning law protection that other places had. So there it stayed. Stinking to high heaven and places elsewhere as well!

It would have been neat for the odiferous cargo to be sent back to NYC for them to deal with; but no luck with that! This was one more grievance for the locals to be unhappy with.

The smelly stuff remained in place.  Finally, the human waste contents were removed from Parrish but the odor lingered for a while still.

There was some good news, though. Due to the bad publicity, NYC announced that it would no longer ship human waste to Alabama! Amazingly, they at least had a sense of remorse! I hope the unfortunate publicity from this episode will keep other places from using the South as their toilet in the future.

Are there not any suitable locations for waste disposal in the Empire State? It seems that each state should get its own shit together* and not be a problem to others!

See also the WaPo for a take on this story.

*Figuratively and in reality. 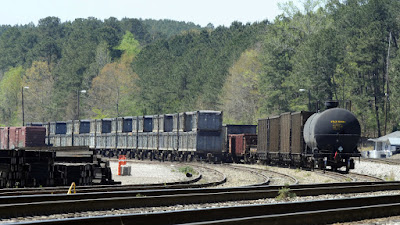 How Not to Conduct a Reenlistment Ceremony

What were they thinking, anyway?

Recently a news item came out regarding the conduct of a reenlistment ceremony for a Master Sergeant in the Tennessee Air National Guard. It seems that she wore a dinosaur hand puppet during the ceremony, which was conducted by a Colonel in the same unit!

Some occasions do call for a proper degree of solemnity. This definitely seems like one of them.

Apparently, the Air Force agreed.  Both the Sergeant and the Colonel conducting the ceremony were promptly retired from the Air National Guard.

While levity can sometimes serve a purpose, some situations do intrinsically call for an element of seriousness. Christenings, graduations, weddings, Bar Mitzvahs, and funerals* do come to mind. More specifically, there is a need for rituals. They serve to reinforce the idea that what is taking place is a Big Deal, and it emphasizes group cohesion.

Yes! What she was signing up to do often calls for playing for keeps. There are risks and responsibilities that go with serving in a profession involving defense. Sometimes peoples' lives are on the line, and that profession should not be trivialized with hand puppets.

*An exception may possibly be made with the Irish wake. See this scene from The Wire.

"The Most Sanctimonious Song Ever Written"

A few months ago I was watching "Weeds" on Netflix; and I picked up an earworm in the process: a tired little ditty entitled "Little Boxes," by Malvina Reynolds. To my disappointment, each episode of "Weeds" started with that same irritating song while the opening title was shown. Something about it moved me -- close to nausea. It prompted me to turn the sound off for the opening of each episode of "Weeds." For the record, Pete Seeger did the more widely known cover of that unfortunate song.

Overreaction? Maybe. But there was just something about the sheer attitude that was being expressed in the song. To put it mildly, Angelique got extremely pissed off by it.

It turned out that Malvina Reynold's inspiration was the large tract housing being built on hillsides in Daly City, CA. Just out of curiosity, the unassuming Daly City did not make the list of the ten worst cities in California, according to certain YouTube websites. (Tip: YouTube has generic topics such as Worst Cities in (State), Most Dangerous Cities in (State), and others of that ilk. Choose any state you wish, and some unfortunate communities will be shown (?) to merit those dubious distinctions. Please watch these, if you must, with a lot of healthy skepticism.)

I looked up the song title and musical satirist Tom Lehrer described it as "the most sanctimonious song ever written." Right on target, dude! I think those Daly City dwellers should have gotten some slack and not be judged by some arbitrarily-selected criteria. After all, all of us are not blessed with unlimited resources to choose locations or provide housing like we might wish. Most of us have to make do!

However, this allegedly stultifying bourgeois conformity attributed to those 1950's Daly City residents may simply be their individual wishes for the style of life that they aspired to. Mainstream culture and its alleged attributes seem to be an easy target for the hip aspirants, much like on Mad Men.*

With respect to this song, a few other sanctimonious songs floated on the airwaves of that A.M. sound track era: "Well-Respected Man" by The Kinks also comes to mind. Also should be mentioned is "Pleasant Valley Sunday" by the Monkees.

But then, maybe sanctimoniousness was not the only issue from popular music. After all, a number one record from back in that era honored a woman-killer ("Tom Dooley").

This sort of makes "Baby one More Time" or "I Kissed a Girl" seem inoffensive, doesn't it?

Have you any thoughts on songs that rile you? Are are you moved in only one way? After all "Musick has Charms to soothe a savage Breast."

Some Quotes of P. J. O'Rourke

P. J. O'Rourke is a humorist, satirist, and political commentator. He is the author of Parliament of Whores, Give War a Chance, Republican Party Reptile, and Holidays in Hell. He has a way with words. Here are a few of his zingers:

No one has ever had a fantasy about being tied to a bed and sexually ravished by a man dressed as a liberal.

I am a student of stupidity. I am a political reporter.

Always read stuff that will make you look good if you die in the middle of it.

Giving money to the government is like giving whiskey and car keys to teenage boys.

The 20th century was a test bed for big ideas: fascism, communism, the atomic bomb.

Ending wars is very simple if you surrender.

Political systems are run by self-selected politicians. We don't draft people; it's not jury duty.

Everyone knows how to raise children, except the people who have them.

A little government and a little luck are necessary in life, but only a fool trusts either of them.

Making fun of born-again Christians is like hunting dairy cows with a high-powered rifle and scope.

A hat should be taken off when greeting a lady, and left off the rest of your life. Nothing looks more stupid than a hat.

I wasn't cut out to be a Chinese Tiger Mom. I'm more of an Irish Setter Dad.

In its worse forms, conservatism is a matter of 'I hate strangers and anything that is different.'

Politics should be limited in scope to war, protection of property, and the occasional precautionary beheading of a member of the ruling class.

Politics is the attempt to achieve power and prestige without merit.

When buying and selling are controlled by legislation, the first things that are bought and sold are legislators.

The U.S. Constitution is less than a quarter the length of the owner's manual for a 1998 Toyota Camry, and yet it has managed to keep 300 million of the world's most unruly, passionate and energetic people safe, prosperous and free.

Drugs have taught an entire generation of Americans the metric system.

Sloths move at the speed of congressional debate but with greater deliberation and less noise.

The three branches of government: money, television, and bullshit.

A very quiet and tasteful way to become famous is to have a famous relative. Then you can not only be nothing, you can do nothing too.
One thing that's certain about going outdoors: When you come back inside, you'll be scratching. 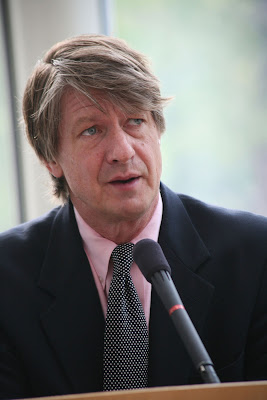 Here is the incomparable Françoise Hardy singing "Mon Amie la Rose" back in 1965.

Françoise Hardy was one of the yéyé girls in 1960's French music. Her songs are among my favorites: they're pensive, sometimes sentimental, and always well-preformed, She also appeared in the 1960's movies The Pink Panther and Grand Prix. Anyway, I hope you enjoy this great French song!