The Art of Sandwich-Making

Sandwich-making is a useful skill; but for pity's sake do it right!

Let your efforts go into a New Orleans-style po-boy. First off, don't call it a submarine or hero sandwich, you heathen! 12 inches for guys or fat chicks; 6 inches for chicks.

Use a French-style baguette; crisp. It's a loser with squishy bread.  Do it right: a good sandwich is a sacrament.

What you put in it? Freshly fried oysters are always good. Or, for a change in pace, roast beef and gravy.  Maybe a good ham and cheese sandwich sometime.  Actually, meatballs and tomato sauce are a good change of pace. You can be creative.  Sandwich-making should allow for free expression.


What to put on it as dressing?  Tomatoes, lettuce, banana peppers, artichokes, pickles -- you're free, Baby!  I prefer mustard and Tabasco sauce; but candyasses can go with mayonnaise.  But if you're going perv on me, at least let it be Hellman's.

Warm that sucker! Sandwich-making is an act of love.

In Which I Fondle David's Butt

While on a trip to Italy with some friends, we went to the Accademia in Florence, where one of the stars in the gallery is Michaelangelo's statue of David.  David is, of course, the big naked guy, standing 17 feet tall, or so I'm told.  Anyway, it was a firecely hot day, and several of us gravitated to the wall in the rear of the alcove wherein David is positioned.  Ahh . . . . the cool air from the vents was delightful!

One of my companions raised a dare: would any of us actually go over and fondle David in the tushy while she took a picture?  This would be a great souvenir that we could show people back home and prove that our European trip was truly educational.

But there was a slight problem.  Michaelangelo outdid hmself: the marble statue was 17 feet tall, and it was on a base of maybe five feet.  Fortunately, a guy volunteered to hoist me like a cheerleader on his shoulders, and we moved slowly into position.

Just as I was cupping David's hiney with my hands, a guard approached, so I dismounted.  Busted!  He scolded us for touching the art work, and I responded, "Je suis désolé."

He went, "Oh, you are French?"  He was suddenly more polite.  He took my picture-taking friend as a paparazzo, and this was a staged comic performance.

I know, at least, when to keep quiet.  Apparently, Michaelangelo did not intend for this to be hands-on art.
Posted by eViL pOp TaRt at 2:02 PM 7 comments: Links to this post

There is something about a man in uniform that is irresitable to some women. This is apparently the case with one of my friends. We were going through French customs at Charles de Gaulle Airport, and my friend took a fancy to a handsome, sharply dressed man in uniform, so she decided to flirt with him. I thought she was over the top, so I held back. She turned it on 110%, and got a response from this French civil serviceman. She was all smiles at winning over this new acquaintance with her Tarheel charm! As she was walking away, she was telling me all about him and his European gallantry, his exquisite smile, and remarked on his utterly, utterly sophisticated was the French spelling of his name.

"It's Dwayne, but he spells it D-O-U-A-N-E-S," she replied. I didn't have the heart to tell her that was the French word for customs. 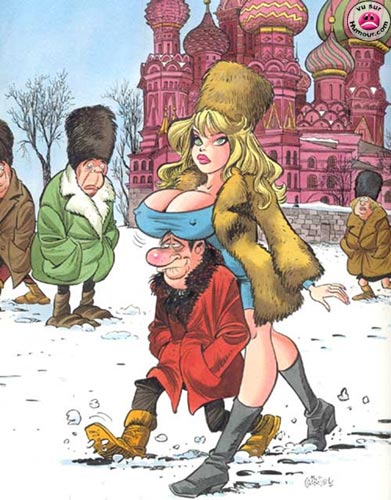 The Spirit of Merrymount

Back in the days of the Massachuetts Bay colony, when William Bradford essayed to found 'A City on a Hill,' Thomas Morton had other ideas.

He founded a free-wheeling colony named Merrymount; and the residents there erected a maypole and invited "bear-skinned indian maidens" to dance and to drink with them.

That was too much for the Puritan fathers; they demolished Merrymount and its maypole, and imprisoned Morton.

This was the first shot in the long-standing conflict within the American psyche: between the Puritan and Laid Back Party Hearty sensibilities. This became a recurrent theme: the Apollonian and Dionysian tendencies of Americans, played out in various conflicts. In some ways, it is less often recognized because of the more prominent and enduring North/South, city/rural, New York/Boston/Los Angeles, and liberal/conservative conflicts. What is interesting is that the different sides in each of the other divides sometimes go with the Puritan ethic and sometimes endorse the Laid Back Party Hearty ethic.

The Laid-Back Hedonistic America did not go away. It moved to the South and the West and became durably part of the American psyche. While the political capital of the USA is Washington and the cultural capital is arguably New York and the country music capital is Nashville, the capital of Laid-Back Hedonistic America is New Orleans. Party Hearty America is populated heavily by youth; and like to play music loud.

They're not sticklers for décor: indoor furniture on an unscreened porch is okay. Just let the sofa dry before you sit on it after it rains. A flamingo makes a damn fine decoration for the front of the ol' spread. And, naturally, fly proudly your SEC team banner, unless it's Vandy. They understand cheating songs, and make excuses for human shortcomings, "He a good ole boy, but . . . . " 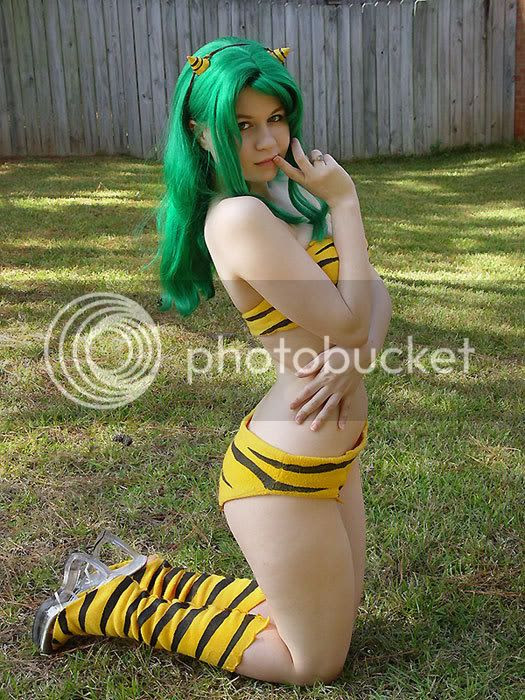 Originally the bottom was a string bikini; but I did not want to be undone.
The best costume for Mardi Gras!
Posted by eViL pOp TaRt at 10:54 PM 13 comments: Links to this post

The Prophetess Gets Arrested

So the Prophetess was hauled into the Eighth District Police Station on Royal Street in New Orleans by two of New Orleans's finest. This is the dialogue taking place with her, the booking sergeant, and the arresting officers.

Booking Sergeant: "So, Mlle. Prophetess. You're back again. What is it this time? You're not preaching to the streetcar passengers, are you? No more music without the license? Not doing any more underaged drinking?"

The Prophetess: "I'm innocent. I haven't done anything wrong. I've been a good girl."

Arresting Officer: "We brought her in for public indecency. Just look at her attire. It's indecent, even for New Orleans."

Booking Sergeant: "How so? She seems to be modestly if strangely dressed." [The Prophetess was wearing peach-colored jeans, a turquoise tube top, a jacket with a rainbow and the slogan "Panama City, Florida" on it, bitch shoes, and a tan baseball cap with a helium-filled bright pink balloon attached to it.]

Booking Sergeant: "Ow! Your taste in colors is bad today. Why, pray tell? You usually dress, uh, more appealingly, I must say. Remember, this is the French Quarter, and us locals must set a good sartorial example."

The Prophetess: "Oh, it's wash day. And this was all that was clean. Plus I am going to a party in the Central Business District this afternoon."

Booking Sergeant: Well, guys, she doesn't seem to be violating the Public Indecency law even though she is clearly offensive. I'll tell you what: Let's put her down for Impersonating a Tourist.
Posted by eViL pOp TaRt at 8:47 AM 2 comments: Links to this post

As an occasional Francophone of Louisiana origins, I am charmed when non-natives attempt to engage the French-speaking Louisianans by talking French as well.  These attempts are always pleasant, and rightly accepted at face value for what they are -- we're not rigid in our French.  I had been duly appraised of this when I tried to speak Cajun French in continental France!  If there's anything that causes major pain there, it's the mispronunciation or patoisization of their language!

But even in Louisiana, we have a few faux amis: false friends, as words having a difference in meaning but the same appearance are called.

One of the more amusing ones is the word Péter,  a verb meaning to fart.

Yeah, it looks like someone's name.  But Peter in the French is Pierre.

Now when this word is conjugated, it takes the grave accent in the "je/tu/il/elle/on/ils/elles" forms, but NOT in the "nous/vous" forms, e.g., "Je péte" but "Vous petez." The verb "peter" has an acute accent on the first syllable and should be pronounced that way.

Because I started giggling, she undoubtedly thought I was a silly girl.
Posted by eViL pOp TaRt at 1:30 PM 3 comments: Links to this post

Do you really want to find out about what someone is really like, internally?  Psychologists who study personality have agreed that the Big Five measures of personality are the five most important dimensions.  To get a rough assessment of yourself on these five dimensions, you can go to this web site:


The five major dimensions of human personality are these:  Openness to Experience, Conscientiousness, Extraversion, Agreeableness, and Neuroticism.  Collectively, they are often referred to as the OCEAN model of personality, because of the acronym from the names of the five dimensions.  Here's a specific description of each, with my results.

Openness to Experience/Intellect -- High scorers tend to be original, creative, curious, complex; Low scorers tend to be conventional, down to earth, narrow interests, uncreative.
You enjoy having novel experiences and seeing things in new ways. (Your percentile: 90)

Therefore, if you want to find me, look for a shy, nervous, agreeable girl in her 20's, with sometimes a stick up her ass!
Posted by eViL pOp TaRt at 9:05 PM 2 comments: Links to this post