It's Sunday, and like in other Catholic churches over the world, it's time for the Christening of infants into the mother church. This is both a solemn and festive occasion. Infants of a few weeks are brought to the Baptistry to be sprinkled with holy water and be received into the Church! And the new members of the Holy Church are decked out in their splendid baptismal gowns: traditionally white; however, some highlights of color have recently begun to appear.

Father Devereaux, Pastor of St. Cletus's Parish, lately noticed white Christening gowns with trim in purple and gold or black and gold -- but mostly in the Fall. He thought "Tigers fan or Saints fan"; but it was okay since word did not reach the Archbishop of these departures from custom. He was willing to let it slide. And, besides, there is no canonical prescription as to what Christening gowns should be like.*

After all, Fr. D. was quite willing to shift the time for the last mass to be at 11:45; all with the view of allowing late attendees to still get out in time for the Saints kickoff!

Well, one Sunday Father Devereaux got a bodacious surprise. One of the infant girls was decked out in a baptismal gown of green, silver, and black! Now this caused him consternation? Was this an underhanded way of getting Satanic practices to contaminate a most sacred ritual, or are they practitioners of Voodoo? No way to know; so he went ahead with the ritual, halfway expecting comeback from the Archdiocese. The fact that the proud Grandpa referred to her as "my little Iggle" unsettled him further. Was This some Satanic code word?

He asked Mycroft, aka The Lucky Dog Guy, what was it all about; but this encyclopedia of folklore was not able to answer. Likewise Madeline the Prophetess and Suzette the Existential Stripper all drew blanks.

Bob, at first, was puzzled. Particularly over the meaning of the colors. But then it all became clear when the Good Padre Tim asked if the child being referred to as 'our little Iggle' meant something devilish.  Bob shook his head, and said, "You got a problem, Tim, but it's not a devil problem." And he told them what the problem was, and what team had those colors.

Tim said, "Oh well, it could be worse. They could have dressed her in Dallas Cowboys colors! That would have caused a scandal!"

*Supposedly, Baptism was performed in the early church on candidates who were stark naked as jaybirds; this may have had the effect of increasing attendance for this ceremony. Even today, some more exotic sects are said to do this as well.

[As an aside: why are jaybirds singled out as examples of nudity; only penguins dress up? 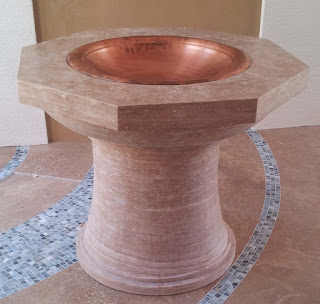 Oldie Songs for Making Out

The  1960's -- a distant era -- was a fertile period for songwriting. There was a plethora of genres that emerged during that time; folk rock, soft rock, and some songs with vile lyrics referred to as 'bubblegum music.' No, my friends, no link here. You're going to have to go that lonesome road by yourself.

By the mid-1960's, music lyrics became more lurid (or suggestive, to use the time-honored euphemism.) Anyway, here are two by Lou Christie (b. 1943) that further that theme.

1.  Oh my ever-lasting Gawd!* Here's Lightning Strikes, which implies that males willingly give into temptation when it come to lips begging to be kissed:

Okay, the message is clear: Don't sweat your b.f. being untrue if temptation crosses his path or if he seeks other opportunities.

2.  Riding on the crest of Lightning Strikes, Lou Christie launched Phapsody in the Rain. Here he is performing it at a later date:


Baby, the raindrops play for me
Our lovely rhapsody, 'cause on our first date
We were makin' out in the rain.
And in this car, our love went much too far
It was exciting as thunder
Tonight I wonder, where you are?

MGM insisted on a re-recorded version that toned down the lyrical content. Corporate prudes! The third and fourth lines were changed to:

We fell in love in the rain
And in this car, love came like a falling star

I think you might get the idea. Anyway, I thought you would enjoy this excursion into old-time make-out music.**

*I figure this one is worth three Hail Marys. And I don't mean a distant shot from behind the half court line.