Just for the heck of it, let's celebrate a late 20th and early 21st century phenomenon:  attendees at sports events dressing in costume as their form of participation.  Think of it as a form of socially accepted display of histrionic tendencies that keep them from being drama queens in daily life, or having a full-barrelled case of the histrionic personality.  This is very similar to the phenomena of Mardi Gras, cosplay, costume parties, and other occasions for self-display.

I have been informed that SERIOUS fans can even be buried in a casket with the lining in the colors and logo of their favorite team!  Now that would possibly cause future archeologists to puzzle over what cult artifacts they discovered.﻿ 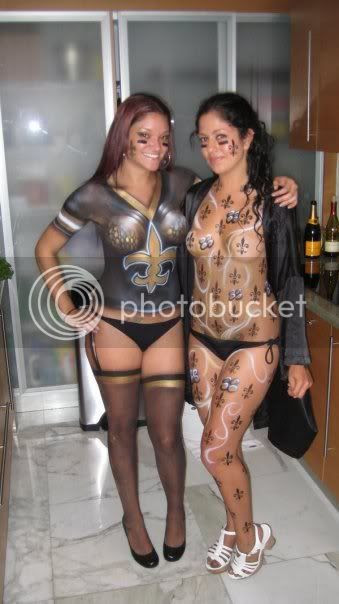 These Saints fans are a little over
the top, even for New Orleans. 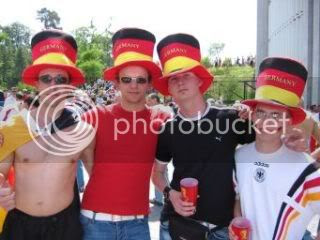 German soccer fans channeling
The Cat in the Hat. 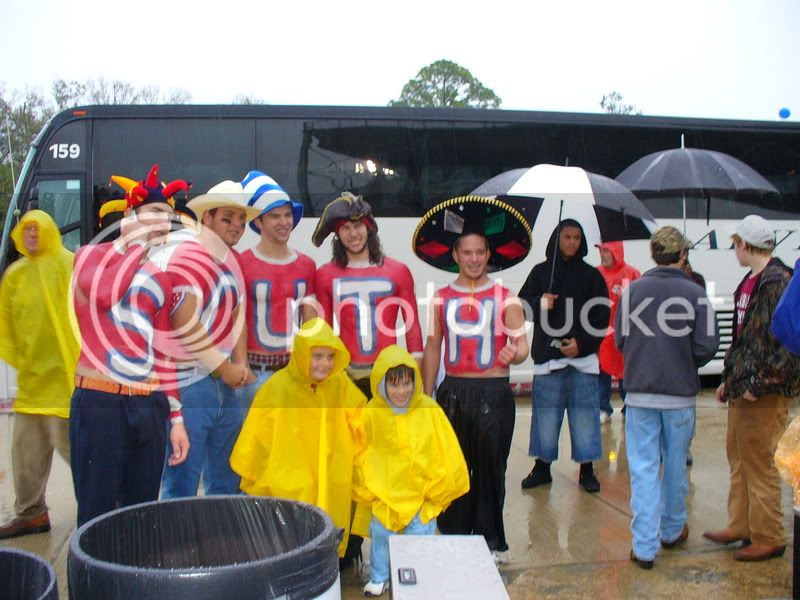 These Senior Bowl fans are doing this
in early January, even if it is Mobile.  I didn't know
Alabamians wore sombreros!  Can we
rescind their statehood? 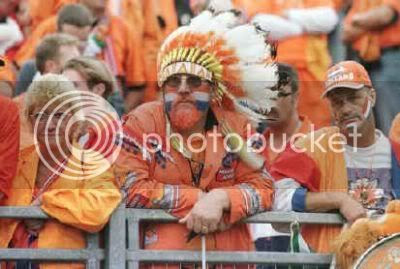 A Dutch sports fan, for reasons only to him,
dressed as an American Indian.  Is scalping of tickets allowed there? 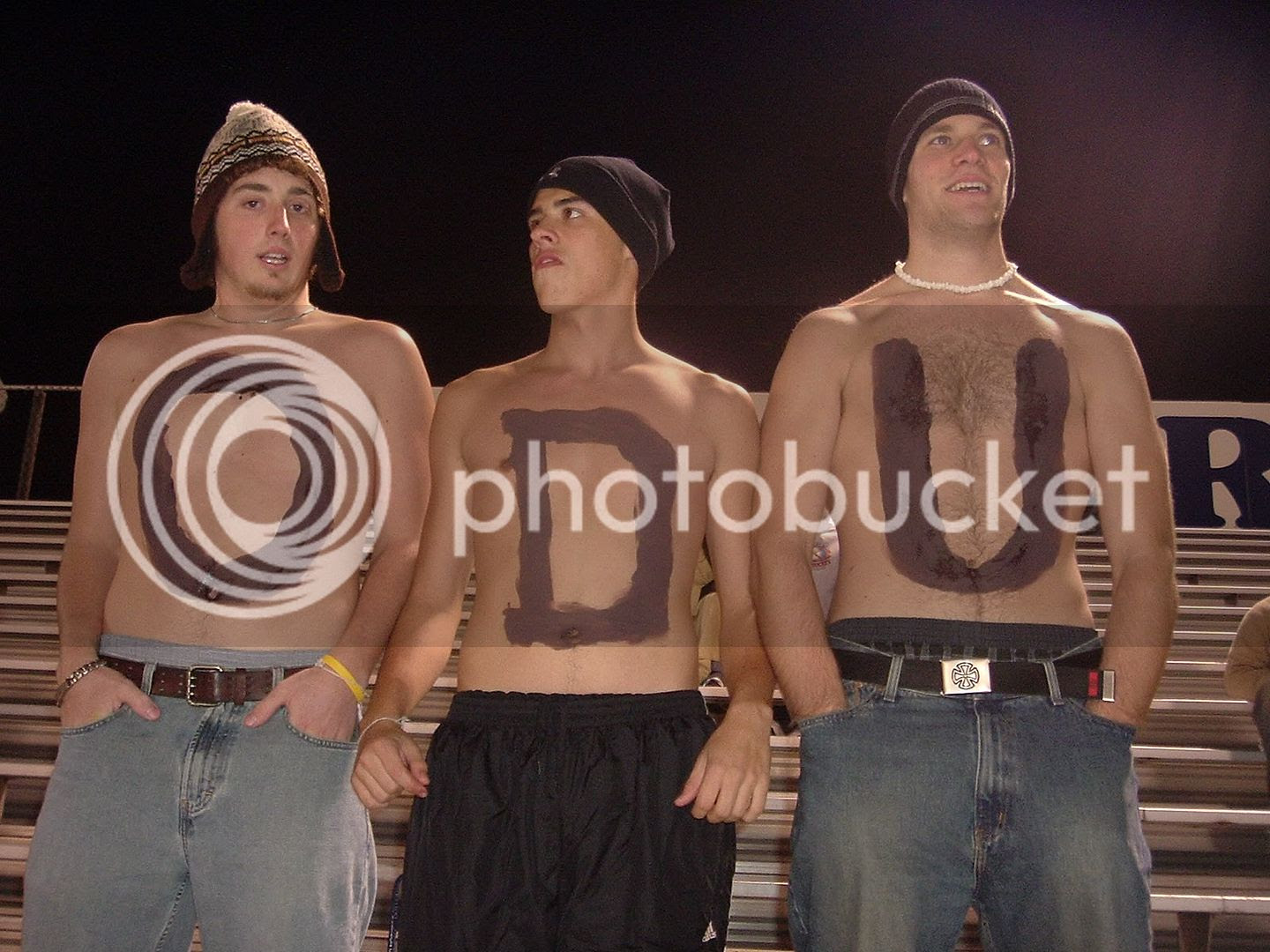 Some guys attending football games do so bare-chested
in frigid weather, as these Old Dominion University stalwarts. 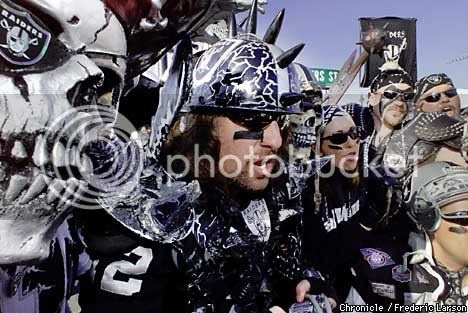 Oakland Raider fans, like Oakland itself,  are especially scary.
Not a good idea in well-regulated families. 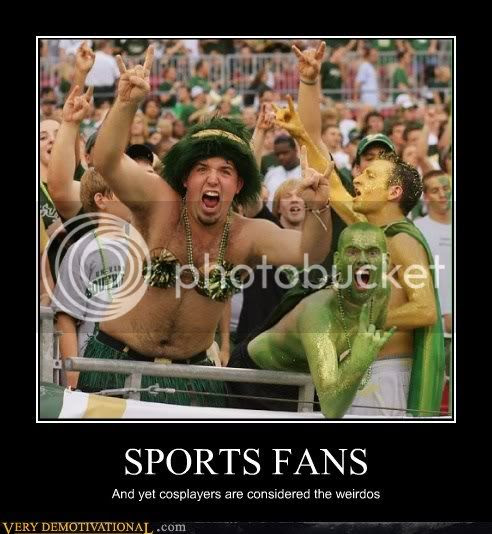 More of the same, plus a comparison to cosplay.
Coslay events generally occur indoors. 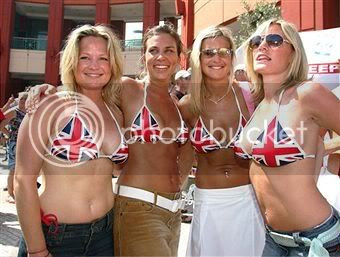 These ladies hope that Britainnia rules the
soccer field as well as the waves.  And they
would not rule the yobs' attentions! 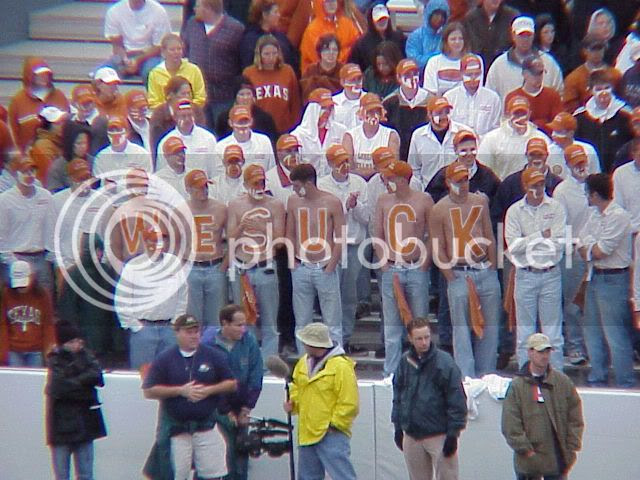 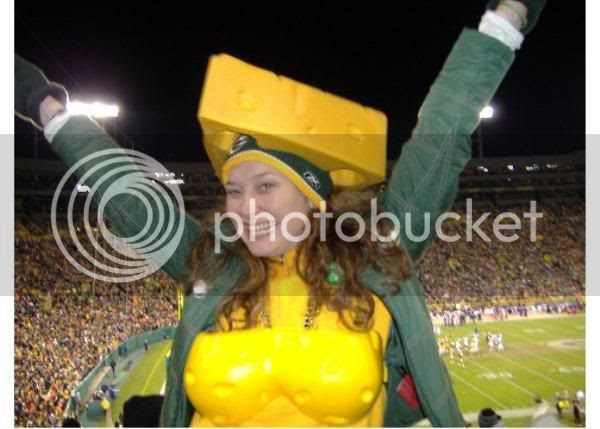 Can we describe her outfit as a little cheesy? 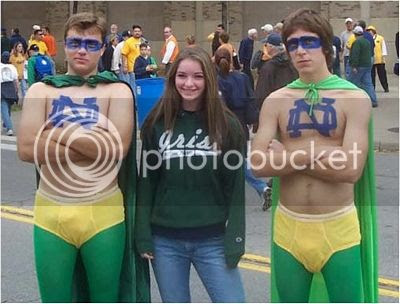 "The horror, the horror!"
--Joseph Conrad

No excesses by Auburn or Alabama fans? We are a decorous lot.

Not the hot Saints girls!

Those saints can go marching in any time!