Making a new baby is a (partly) serious enterprise; and when the new arrival is imminent, there's the task of coming up with an appropriate name or names.  For some new parents, this can be an occasion for sideline coaching by the prospective grandparents and assorted members of the community, often with no by-you-leave opening this input!  This is especially true when it comes to celebrities who might their offspring creative or whimsical names.  Think of Apple, Moon Unit, Bear Blue, or others.

In some cases, this commenting may come from institutional sources like church or state.  Supposedly, at one time priests would not baptize a child for not having a saint's name. However, before we can have a Saint Heather, we have to have an especially good girl named Heather.  My Mom had no difficulty with getting an older sister baptized despite the lack of Saint Heathers, for example.

But even more commonly different countries have lists of approved or unapproved names.  For example, in Argentina, a baby must be given the proper Spanish name form: José instead of Joseph, Pedro instead of Peter, and so on.  Jerome is not cool there; but Geronimo is.  Maybe he can have a career as a paratrooper!  In Mexico you cannot name a baby Yahoo, Batman, Apple, Pooh Bear or other names that might expose a child to ridicule.  And, perhaps surprisingly, you cannot begin a name with a "C" in Iceland since there is no letter C in the Icelandic language. So, forget about Charlene, Caroline, Charlie, and Catherine, not to mention Cialis!

I will say that my first name has occasionally led to barbs, as for example when I was in the MSN group Losers I posted mine on a "My real name is _______" thread.  It was met with "are you serious" and humor.  Fortunately, I was used to it after 15 years or so.  Teachers and other authority figures could not resist commenting on my lack of angelic behavior at times; so much for name-generated expectations!

Among the more common names, some have age, social class, religious, or regional markers. There are few babies yclept Elmer nowadays, probably thanks to Warner Bros.  Likewise for Farrah or Ralph.  A male named Aloysius is surely Catholic; and somehow, we expect the parents of Zipporah to be Fundamentalists.

These are the most common names recently given one year in California; with their frequency:

And there's the old Southern custom of double-barreled shortened given names: Billy Bob, Peggy Sue, Jim Bob, and so forth.  And, yes, it probably reads Billy Bob on his birth certificate!

Research on names suggests that most people are happy with or accepting of their names. Those who are less so can opt to use their middle names, or change them.  One disaffected political candidate in Louisiana petitioned to name himself "None of the Above."  It was disallowed; anyway, candidates in the primaries are listed in alphabetical form.

Some Native American tribes allow for members to assume a new name upon reaching maturity.  I guess for some people who wind up with unpleasant names, or who just want a change, we could do that too.

I think I'll stick with Angel, even if they expect me to be a guy in California! 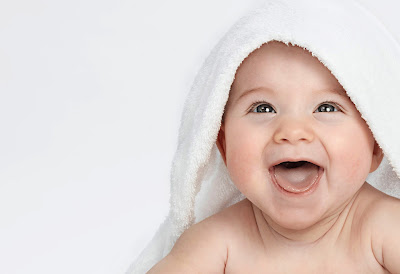 Most of the girls' names were not popular when I was young. But that was long ago.

Linda was so common when I was younger that I had two other Lindas in my class of 35! And my daughter Angel has been said to be the most miss-named kid! ;-)

What if your R/L name is Horace?

I've got Linda Kay beat. There were 5 other Michaels in my grade school class of around 35. There are still enough Mikes around that I don't pay attention that much when someone hollers 'MIKE'.
I can't wait for Saint Evil Pop Tart. Saint Evil.... It's got a nice ring to it.

I remember when I was the only Cloudia, this side of ancient history.......

Is there any real purpose for middle names?
(Perhaps just to know when you are really in trouble!)

Middle names are useful for newspapers to distinguish people who commit crimes from other people with the same name.

Cialis would be a good name for either boy or girl, if it helped the proud fsther rise to the occasion!

I have a weird name, and I like it! It sounds deceptively feminine.

When I was in grade school, there was a vast number of girls named Kathy, but I was the only boy named William. My favorite girl's name is Donna, but Angel and Anemone both have nice rings to them.

I wound up being an Elvis.

Did your parents name you after 'Angel' in the Rockford Files, played by Stuart Margolin? He was a hoot, you should be proud to have his name!

Cloudia, you don't have a brother named Clodius, do you? The original one got in deep trouble!

Bilbo, there must be a story!

Gorilla Bananas, Angel is actually short for Angelique, a French name meaning angel-like. It sometimes is seen in Louisiana.

Thank you all for your comments. You're the best!