The Passing of Hugh Hefner, Editor of Playboy

Last week Mr. Hugh Hefner, former editor of Playboy magazine, died. The magazine, in its heyday had millions of subscribers and newsstand purchasers. had since been eclipsed by others that featured semi- or completely nude women in a less slick and high-rent tone.

He was credited with being a major figure in the sexual revolution and in Civil Rights; yet was largely retrogressive in the rise of feminism. The magazine, except for in its last two years, featured a nude centerfold, excessively airbrushed and sometimes technically augmented. Each fall, Playboy magazine featured articles on college girls by conference.

Sometime in the past of the magazine, he launched a Playboy Philosophy. This translated into free sexual license (sometime back then effective birth control means were developed and marketed) coupled with consumerism. All of this was packaged into a  hedonistic lifestyle. He also established several Playboy Clubs in large cities where keyholder members could gain access to drinks and sophisticated entertainment. Finally, he lived in the Playboy Mansion in Chicago.

To many feminists, the most offensive aspect of his endeavors came in the form of the Playboy bunnies; young, attractive women dressed in satin swimsuit-like costumes with cotton tails on their tushes and bunny ears.* I personally find them offensive too. 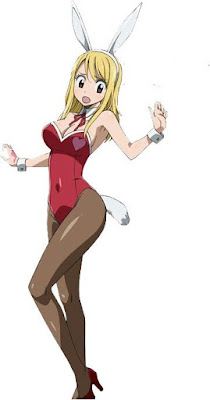 If there was a truly saving grace to Playboy magazine, it was in the cartoons. Many of the best cartoonists of the time drew for Playboy, and they were regarded highly. Some of the cartoons were truly funny in a risqué way.  However, a less-publicized editorial change that accompanied the elimination of the centerfold was the elimination of Playboy cartoons. This made it just another publication, despite its still-omnipresent consumerism and hedonism orientation. Kind of like Martha Stewart for guys. 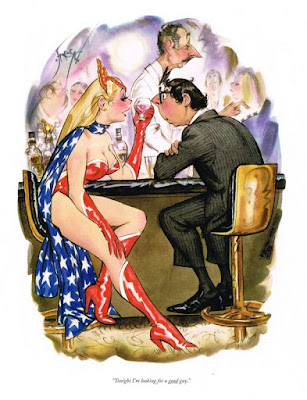 Oh well, Captain Billy's Whiz Bang had its day too.

*Curiously, the bunny ears became a common motif in anime girls cartoons later on.
Posted by eViL pOp TaRt at 5:30 AM

I'm guessing that his passing will matter little to most of us. You're post is a kind commentary on an eccentric's life.

I didn't know he was an activist for civil rights. Of course he's going to hate on feminists, he's the most well known womanizer. Haha.
The magazines (hot or not) will always be a collector's item.
Kinda wish I would have collected them now..

I went to high school with his son, and he was at my graduation. When the whole Patty Hearst thing happened, the son had a bodyguard because Hugh was afraid Dave might be in danger. Christy, his sister, graduated from the same school a few years before I started there.

Dave never talked about his father; he lived with his mother and used her last name. I saw his picture in the magazine once, talking with the Playmate of the Month (she was fully dressed and supposedly at work selling records), so he and his father must have had a pretty good relationship, but I honestly believe he just didn't want to talk about it. We never met Hugh, which is fine with me.

Who would've thought that centerfolds would, one day, become outdated....

I've got about 100+ playboys sitting on a shelf in the basement. Maybe it's time to dig them out and start posting some of the cartoons.

It was good in its time.

One of the funniest things I ever saw was a letter to the editor in Playboy that provided the history of "velcro ranching." I wish I'd saved it ... I've tried to find it online without success. As I remember, the only editorial reply to the letter was, "AARRGGHH!"

When I was a college student (shortly after the invention of the wheel) I wanted to have a job when I graduated that was good enough so I could afford a subscription to Playboy, Mad Magazine, and the National Lampoon. I was never that wealthy, but about once a year I will still buy a copy of Mad just to see what it's like now.

Christy, his sister, graduated from the same school a few years before I started there.