The Prophetess Weighs in on Celibate Clergy

It's a hard time for faithful Catholics, with all the bad news of misconduct of priests doing awful things with children, and it has cast a total pall of discontent and suspicion even among the fervent Catholics such as the ladies of St. Cletus's Altar Society in New Orleans.  Now it seems that our Prophetess, despite some  rough edges and an unpromising start, has managed despite her youthful status to become imbedded in the doings of her church in addition to her official street roles as a preacher, traiteur and occasional equine handicapper!  She's very much the modern gal: she can balance several roles with no trouble.  Nevertheless, she had been comfortable being in the background.  And, believe me, cher, the ladies of the Altar Society were glad for that!

Once they had a meeting, with the guest speaker being some big muckety-muck Monseigneur from the Archdiocese.  Now this is the way that the Catholic Church works, the Archbishop sends some minion with official status to mend fences, as needed.  It's as if the sight of an avuncular chubby man wearing a red trim on his clerical garb will cause the ladies to swoon!  Ah, but that was strictly old church.  The ladies of St. Cletus somehow missed the memorandum.

The discussion that the unsuspecting Monseigneur was asked to moderate was on clerical celibacy; and the official line is that it's a good thing, not to be changed because it makes priests special!  Anyway, it was originally touted as a discussion, but it had a planned agenda.  It was to go to a specific destination like the St. Charles Avenue streetcar does.

But in the course of discussion, our girl felt the spirit move her . . . . She offered her perspective as a prophetess.  Oh, oh!  Storm warning!

"Ah, mes amis and Mister Monseigneur . . . . [Madeline drifts back and forth from French to English when excited.]  The problem with the loss of priestly vocations, and the pedophile priests . . . . this is part of a big picture.  The problem, I see it, is that we do not get many new priests of quality and many that we have become, er, cagou because they do not have proper wives to steer them!  And anyway, why not have women priests as well?  Or even a woman bishop?  It is the celibacy thing, that is the cause!  If the young priests would get the sex thing out of their system at an early age, and the priesthood made more attractive for normal guys, then they would come.  At least the ones that are okay with wearing priest's clothes!"

The alarmed Monseigneur was alarmed at this naked display of nonorthodox opinion.  Should he pull out a crucifix to ward off this possible heretic?  He tried to save things by falling back on the usual saws about adherence to sacred vows, but Madeline went on.  And some of the other ladies jumped in too, including those regarded by their beleagured priest as "safe."  A few might have even dreamed about being a Mrs. Priest!

Her priest shuddered and thought, "This is going to be a three Jamieson night, for sure.  Maybe I'll need four.  And I'll get a summons from the Archbishop tomorrow, if not later tonight!"

Madeline:  "It is true.  Men need wives and girlfriends to keep them sane.  Having a wife not only to sleep with from time to time but to interact with in solving the everyday tasks of a marriage will give a priest perspective.  Not just for the time they spend in bed -- but that is a sacrament also! -- but to keep him from going to seed.  How many single middle-aged men still keep up appearances?  Not many, I tell you de trooth!  And how can you give a woman marriage or birth control advice if you know zero about women?  Talk about the blind attempting to lead people who can sort of see their way."

Some members of the Altar Society had the uncharitable thoughts about the nature of Madeline the Prophetess's relationship with that nice policeman Officer Pete, but that could be a matter of Confession for them; or they could maybe put the priest on Madeline's case!  Still, they began to wonder privately whether Madeline might have some good ideas there.  After all, middle-aged priests can be so obstinate and know-it-all sometimes; they need someone to smooth the rough edges!

Also, they wanted Madeline to voice her views on birth control to the Archdiocese! 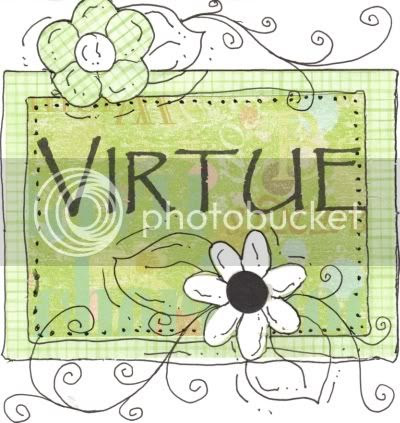 I think that the Prophetess has simply learned that getting mounted often improves one's clarity of thought and outlook.

The Prophetess has her head screwed on right. And I agree with Heidi.

Catholic priests getting married would solve them a lot of problems.

very insightful - the catholic church has a lot to answer for in Oz for the way in which they have 'covered up' the disgusting actions of some priests.

also, can heidi please clarify the context of where 'often' should sit.

"a three Jamieson night" ... classic! And don't forget the old joke that says priests should marry because it will give them a working knowledge of hell.