Peter, Peter pumpkin eater,
Had a wife but couldn't keep her;
He put her in a pumpkin shell
And there he kept her very well.

Peter, Peter pumpkin eater,
Had another and didn't love her;
Peter learned to read and spell,
And then he loved her very well

There's a lot to be said about the cruelty and impracticality of Peter's first mate retention strategy.  Perhaps it had to do with his obsessiveness regarding pumpkins.  I like jack-o-lanterns, and am partial to pumpkin bread,  Pumpkin pie is too sweet for my palate, but that's just me.

Anyway, we have in his case a classical example of an old-fashioned mate-retention strategy.  He couldn't keep her (from straying?); so he housed her in an oversized pumpkin.  Kind of like old-time Sultans housed their harems, but without the eunuchs and Oriental music.

Whether Peter's failure to keep her was a consequence of comission or omission, I don't know.  But evolutionary psychologists have studied a wide range of wife-retention strategies, ranging from the crude to the smooth:

1)  Physically threatening or restraining the spouse who might possibly stray;
2)  Isolation from potential rivals;
3)  Displaying threats or actual violence toward potential rivals;
4)  Making overt signs of possiveness towards other males;
5)  Bestowing material goods on her;
6)  Being loving and caring.*

Their research suggests that some men perform oral sex on their female partners in order "to minimize the risk of their partner’s infidelity by increasing her relationship satisfaction."

This is good from within evolutionary psychology, as it suggests that men might actively attept to keep their wives by providing sexual satisfaction and more frequent orgasms.  And rest, afterward.  As it is, only about 25% of women usually become orgasmic as a result of intercourse; but these additional forms of attention increase the odds, so to speak.  And, like one of the critics of this interpretation, it minimizes the possible role of  mutual pleasure.

If this is true, then Peter tended to seek his oral gratifications in the wrong place.

*In my opinion, the best strategy. 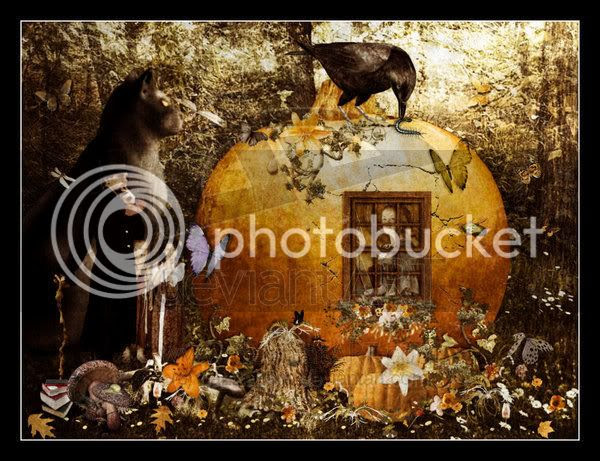 Some individual, sex unidentified, made a banner and leaned it against a statue. 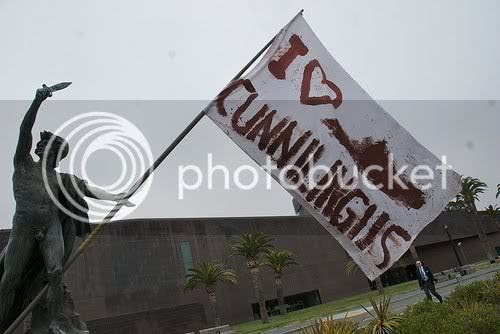 Learning to do oral well should be part of the education of every young man.

As a direct result of my undergraduate degree in Linguistics (Foreign Language Option), I am a diploma-holding, card-carrying cunning linguist. And I like to think I'm very good at it.

I do it because I like to do it. And I like the effects it has on her.

It is appreciated, to be sure!

2a - Cover them up in a bag with only a slot cut for the eyes.

The Bastard King of England said...

So you're saying that, in order to keep her, you have to go down on her?

At least guys should reciprocate when it comes to doing oral.

What about the shocker?